This issue: Our Five Most Popular Ships, America's Cup Returns to NYC

Our Five Most Popular Yachts... and Why

For those overwhelmed by our charter yacht fleet of dozens of vessels, here's a list of our five most popular ships (in order of size):

Justine: More than any of our other ships, the Justine provides the private yachting experience, typical of days of yore. With five staterooms, an elegant main deck salon and a formal dining room, it recalls the days when yachting was only for the rich and famous.

Lexington: The classic Lexington has been re-imagined and re-fit as a modern, stylish yacht. Gleaming wood handrails and a mahogany dining room complements conveniences such as a private suite with full bath, satellite TV and a state-of-the-art sound and lighting system.

Atlantis: The Atlantis provides the perfect atmosphere and amenities for weddings and other large gatherings. This 147-foot mega yacht offers two fully enclosed decks to protect your guests from inclement weather with access to outer decks at the bow and stern.

Infinity: The sleek Hornblower Infinity accommodates large parties of nearly any size without sacrificing the sightseeing experience of the New York City skyline and State of Liberty. Over-sized windows, an open bow and covered sky deck help visitors enjoy the many sights of New York Harbor. 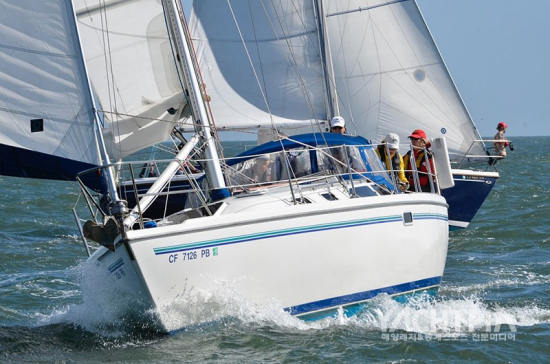 America's Cup is returning to New York on May 7-8, and Prestige Yacht Charters is honored to provide key viewing locations to capture the excitement of this prestigious event.

Racing on the Hudson River will bring an entirely new dimension to New York City as six teams will compete here for the first time since 1920.

The City will become obsessed about yachting as only New York City can, and everyone will be talking about the event around the proverbial water cooler. Be the coolest guy in town with your pre-reserved first-class viewing of the event right on the water.

The Oracle Team USA skipper, Jimmy Spithill, said, "The New York event is going to be spectacular. Racing on the lower Hudson River, in front of that Manhattan skyline, will be a huge hit. New Yorkers are massive sports fans, and I think this will be something very special: thrilling, top-level racing right in the heart of the city. It's going to be a great event for the America's Cup and a great event for New York."

The oldest trophy in international sports, America's Cup was held in New York Harbor from 1870-1920 and was won by the New York Yachting Club from 1857 until 1983, the longest winning streak in the history of sports.

Prestige Yacht Charters will be providing more details as the event approaches.